IN THIS SIX PART SERIES veteran British actors Sir Anthony Quayle and Roy Kinnear are joined by leading TV executives and some of the UK’s best new acting talent to provide practical advice for those wanting to establish themselves in today’s rapidly changing entertainment industry.

We gathered some great interviews and loads of practical advice for our documentary STAGE DIRECTION, too much to include in the 30 minute film. We therefore decided to produce this series to build on the documentary and allow each of the contributors more time to expand on their invaluable advice for those wanting to develop a career in the acting profession.

The series comprises 6 x 10 minute episodes, each featuring one of the contributors from our documentary STAGE DIRECTION. Here’s a link to the FULL PLAYLIST on YouTube, links to individual episodes are below:

STAGE DIRECTION is a 30 minute documentary based around radio interviews recorded with Sir Anthony Quayle and Roy Kinnear in 1986, when they came together for the inaugural production of Sir Anthony’s new theatre company.

During the interviews they offered their hard-won advice to those wanting to follow them into the acting profession. However, technical issues meant those conversations were thought to be lost. Now, over thirty years later, painstaking restoration work allows us to see how well Sir Anthony’s and Roy’s advice has stood the test of time. They’re joined by graduates from the National Youth Theatre and leading TV executives to explore the challenges that face today’s emerging actors. 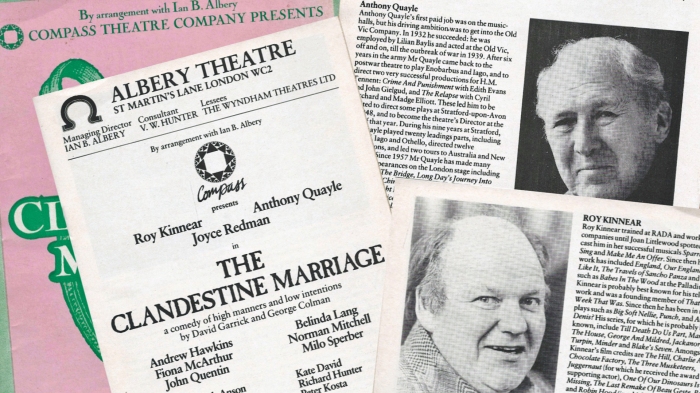