Between the 1950s and the end of the 1980s the lovable comic actor, Roy Kinnear was barely off our screens. Whether appearing in the BBC’s The Dick Emery Show or the ITV sitcom, Cowboys, Roy was a regular on British television. His outstanding popularity also led to a wealth of supporting actor roles on stage and in countless international feature films. Tragically, Roy was taken from us at an early age following an accident while filming The Return of the Musketeers in Spain in 1989.

In a radio interview that I recorded with him in 1984, Roy recalled taking four and a half years to complete a two-year course at RADA, a spell of National Service and a paid job breaking up his drama training. 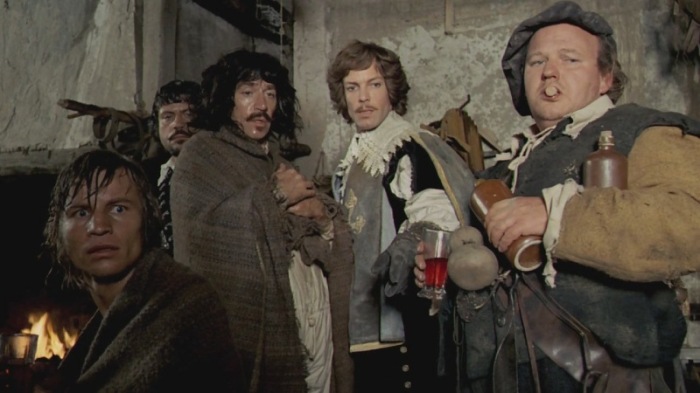 The interview was meant to be a short five to ten minute recording, where Roy would contribute some advice to young actors trying to make it in one of the world’s most precarious professions. In the end we recorded for around half an hour, with Roy reminiscing about his early days and getting started as an actor, but my overriding memory of the interview was sitting on the sofa in his dressing room just laughing as he recounted one story after another in his usual comic style.

Roy was not just a regular on TV, his list of stage and film credits is just as long. He learnt his trade the hard way, spending years in regional rep, a training he would value for the rest of his life. But for many, Roy will be remembered for his countless classic film roles, which included The Hill, with Sean Connery and Harry Andrews, Help!, The Beatles first film, Heavens Above, with Eric Sykes and Peter Sellers, Willy Wonka and the Chocolate Factory, alongside Gene Wilder and the incredibly popular Musketeers films, which co-starred Oliver Reed, Frank Finlay, Michael York and Richard Chamberlain. Together they made The Three Musketeers in 1973 and The Four Musketeers the following year. The cast reprised their roles fifteen years later for The Return of the Musketeers.

Roy Kinnear remains a popular comic character actor in the history of British theatre, film and television. His performances added wonderfully to many productions. His larger than life physique and warm personality were appreciated equally by audiences and his fellow actors; those who worked with him remember him with great affection, as I am sure, we all will continue to do.

STAGE DIRECTION is a documentary produced by RABBIT & SNAIL FILMS based around two radio interviews recorded with Anthony Quayle and Roy Kinnear in 1984.