John Wick: Chapter 3 – Parabellum is the third instalment in the John Wick franchise, directed by Chad Stahelski and written by franchise creator Derek Kolstad. In Chapter 3 retired-assassin, John Wick, played by Keanu Reeves, finds himself on the run yet again, with another bounty on his head, this time a mere $14 million, which makes him the target of every conceivable wannabe hitman no matter where he hides.

Keanu Reeves returns to the lead role as John Wick and is joined by returning cast members Ian McShane as Winston, the wily owner and manager of New York’s Continental Hotel, a safe haven for assassins, Lance Reddick as Charon, Winston’s concierge at the Continental Hotel and Laurence Fishburne as the Bowery King, leader of a vagabond gang of underworld assassins. 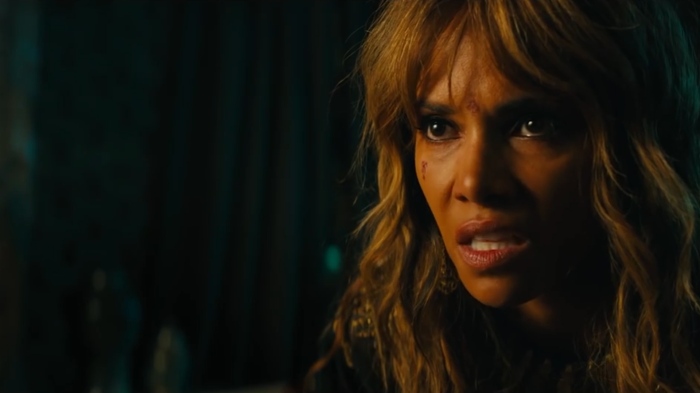 Halle Berry appears as Sofia, a dog friendly assassin who takes a couple of Alsatians with her on a mission she reluctantly agrees to undertake with Wick. And Anjelica Huston appears as the Director, a member of the Ruska Roma, who gives Wick passage out of New York when he presents her with a crucifix, his ticket to safety.