Late Night is a warm-hearted comedy-drama directed by Nisha Ganatra from a screenplay by acclaimed author and comedy screenwriter, Mindy Kaling.

Set in the ruthless and highly competitive world of late night television chat shows the film features Emma Thompson as Katherine Newbury, a bitchy, hardnosed TV host, who has been at the top of her broadcasting tree for nearly 30 years, but despite falling ratings for the last decade no one was willing to try and dislodge her, until that is, the arrival of a gutsy new channel boss, who is determined to replace her with an oily, rather sickly comedian in what can only be a desperate dash to pull in a few extra easy ratings. 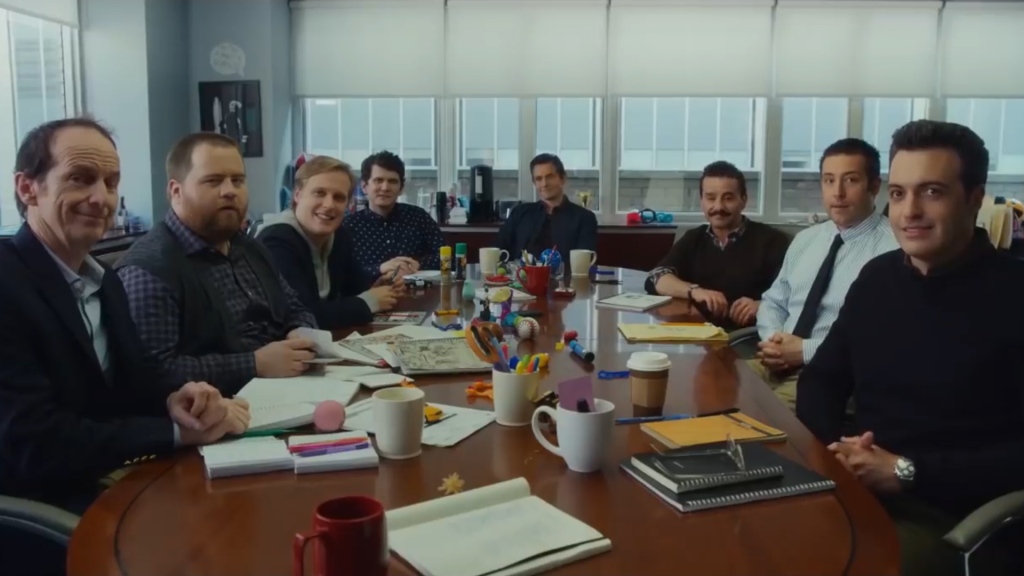 The film’s screenwriter, Mindy Kaling plays Molly Patel, a wannabe comedy writer and stand-up artists who, by sheer fluke, lands a job as a writer on a US late night TV chat show. When, desperate for a female writer to join her writing team, Newbury insists her producer simply hires a woman, any woman. He happens to be meeting Molly at the time and so, as ordered, he hires her.

I found the story to be welcoming, inviting you in to enjoy it from the start, with believable and engaging characters. Whereas the story doesn’t have the slightly harder edges of such films as Network, Broadcast News or Morning Glory, it does go some way to show the cut throat nature of the TV industry, the desperation for ratings, the insecurity of the talent in-front and behind the cameras, and the tabloid news headlines that can make-or-break a career when a scandal hits.

The film also sets out to tackle a number of today’s very real workplace issues, and not just in the TV business. The lack of opportunity for women in some roles, the in-grained prejudice, perhaps sub-conscious, but prejudice all the same where gender and age become career deciders, rather than talent or potential.

Late Night doesn’t pretend to be a campaigning social documentary, pushing issues in your face. Instead it knocks on the door of equal opportunity, shines a light through a few glass ceilings to highlight some of the barriers that still exist below. It has an important message and it delivers it with style and passion.

PETER CUSHING: In His Own Words

Watch on Prime Video – US

Behind the Scenes of the highly acclaimed Dad's Army Radio Show, with hugely talented David Benson and Jack Lane. A terrific show, back out on tour from January 2020. #dadsarmy #jacklane #davidbenson
Selection of images from the wonderful TUTANKHAMUN: Treasures of the Golden Pharaoh exhibition at the Saatchi Gallery. #saatchigallery #tutankhamun
Sergeant Oscar Blaketon, from ITV's Heartbeat, played superbly for 18 years by Derek Fowlds. #derekfowlds
Bernard Woolley would have made a fantastic Prime Minister. #derekfowlds #yesminister
Here's our dear friend Derek Fowlds talking about Hammer Films and working with Peter Cushing. Such an adorable friend. We are going to miss him. #derekfowlds
Adorable Derek Fowlds from the.doc we recorded recently. A truly wonderful person to know and work with. #derekfowlds