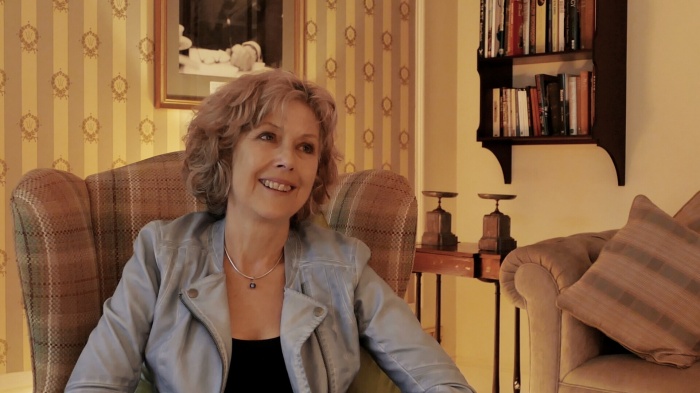 WE’RE DELIGHTED that acclaimed actress, Jenny Quayle agreed to get involved with our new documentary, STAGE DIRECTION. Recently, we spent a wonderful afternoon recording her contributions, which included touching personal insights into her father’s career and working with their great friend, Roy Kinnear.

STAGE DIRECTION is a documentary based around two radio interviews recorded with Anthony Quayle and Roy Kinnear at the Albery Theatre, London in 1984. They were appearing in The Clandestine Marriage, the inaugural production of Anthony’s newly established Compass Theatre Company. During the interviews, Anthony and Roy recollect their struggle to get established and pass on ideas and suggestions for those thinking of following them into one of the world’s most precarious professions.

The film goes behind the scenes of the Noel Coward Theatre, formerly the Albery Theatre, to pay tribute to two of Britain’s greatest performers and re-examine their hard-won advice. Jenny Quayle, acclaimed actress and Anthony’s daughter, provides unique personal insights. Delfont-Mackintosh, who own the theatre, have given extensive access to the venue and a wealth of rare memorabilia from their archive.

Cameron Mackintosh’s archivist contributes an insight into the theatre’s history and some of the many landmark performances that have been held there, whilst actors and staff from the National Youth Theatre discuss their experiences and give a contemporary context that shows that despite a vastly changed technology landscape, Anthony’s and Roy’s advice is just as meaningful today.