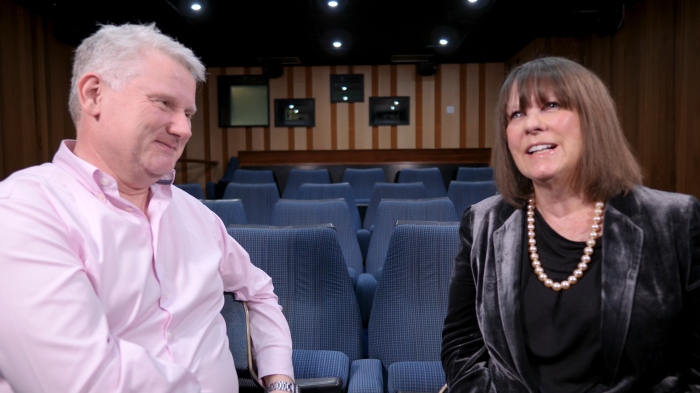 Time to unwrap a wonderful Christmas present… As a special festive treat here’s part two of our PRODUCTION DIARY with the lovely Judy Matheson, the star of Twins of Evil, The Flesh and Blood Show, Z Cars and Blakes 7, to name but a few.

Recently, Judy joined us at Elstree Studios to record an interview for our upcoming Peter Cushing documentary and afterwards we chatted about her life and career, from starting out as a jobbing actress to her appearances in some of the UK’s most iconic films and cult TV series.

We’re in post-production for our new documentary PETER CUSHING: In His Own Words. We’re publishing regularly a short PRODUCTION DIARY on YouTube and our website that goes behind the scenes of the production and meets some of the people taking part.

Judy has been gracing our stages and screens since starting out in 1967 as an Acting Stage Manager in 1967 at the Bristol Old Vic. She only spent a year with them, but what a year it was, with highlights that included a tour of the US and even a spell on Broadway.

For many Judy is most remembered for being burnt at the stake by the evil Gustav Weil played by Peter Cushing in Hammer Films’ Twins of Evil. However, her film, TV and stage career is significantly more rich and diverse. In addition to Twins of Evil, she appeared in Hammer’s Lust for a Vampire, as well as other horror classics from the era, including The Flesh and Blood Show, The House that Vanished and Crucible of Terror. Other big-screen outings included Confessions of a Window Cleaner and Percy’s Progress.

On TV she appeared in The Emergence of Anthony Purdy esq. in 1971, which ITV entered into the Monte Carlo TV Festival, but it was her roles in Coronation Street, Blake’s 7, Z Cars, The Professionals, The Adventurer, The Sweeney, Harriet’s Back in Town, Citizen Smith, Dead of Night and Crossroads that secured a well-earned place in the hearts of British TV viewers. 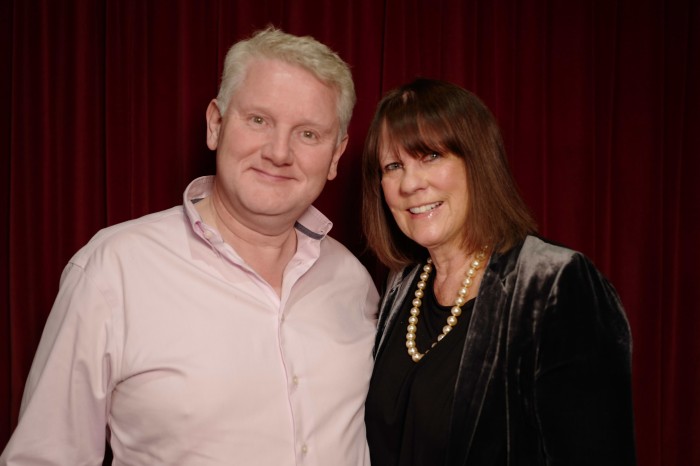 Her appearance on Broadway clearly set a high standard for her stage work, which went on to include starring opposite Richard O’Sullivan in the comedy Boeing-Boeing with Yootha Joyce and Sally Thomsett. She also appeared in Ray Cooney’s Chase Me Comrade, Stage Struck by Simon Gray, Hugh & Margaret Williams’ The Flip Side, Funny Peculiar by Mike Scott and Alan Ayckbourn’s Bedroom Farce.

Knowing no bounds to her efforts to landing a job, in 1979 she leapt into a Land Rover with a friend, drove from London to Kenya and then, by chance, helped out for a season at the Donovan Maule Theatre in Nairobi, when one of their company fell ill.

Back in the UK Judy joined the fledgling ITV company, TVS, which covered the southern region of the UK, as a continuity announcer and again became a familiar voice to millions of viewers.