Euan Lloyd’s explosive production sees mercenaries Richard Burton, Roger Moore, Richard Harris and Hardy Kruger stranded in Africa having been double-crossed by their paymaster, Matheson, played by Stewart Granger. They’re faced with a stark choice, they can either stay and be killed or fight their way out and risk starting a war. Championed by Mark Priest.

The film was the result of a long-held ambition of its producer Euan Lloyd to make an all-star adventure film similar to The Guns of Navarone or Where Eagles Dare. The same producer and director were later responsible for The Sea Wolves. The screenplay for The Wild Geese was written by Reginald Rose and was based on an unpublished novel The Thin White Line by Daniel Carney. Following the success of the film, Carney’s novel was published by Corgi Books with the same title as the film. 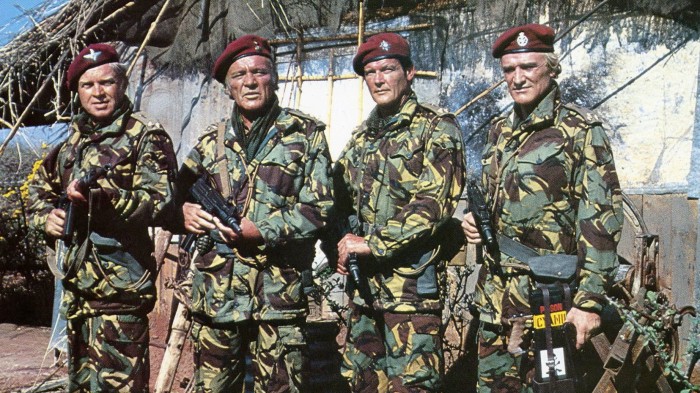 FILM TALK is all about us reviewing and appreciating the greatest films ever made. Each week we publish a new video reviewing and discussing a different classic film that is destined for our list of the 100 greatest films in cinema history, at least the greatest films in our opinion. We take an in-depth look at our chosen film, providing a detailed critical review, while also delving into the film’s background, exploring how it was made and the filmmakers behind it, with a quick dip into fascinating trivia to help provide a rich appreciation of our film that week.

FILM TALK is introduced by RABBIT & SNAIL FILMS’ director, Richard Edwards and each week his is joined by one of our regular contributors, including author, journalist and broadcaster Morris Bright MBE, The Hammer Runners, Phil Campbell and Brian Reynolds, who have worked in the industry since the late 1960s and film guru, historian and collector, Mark Priest, whose passion for the cinema knows no bounds.

Visit the FILM TALK page to find out more about our contributors and our series, you can also find our growing list of the 100 greatest films ever made.