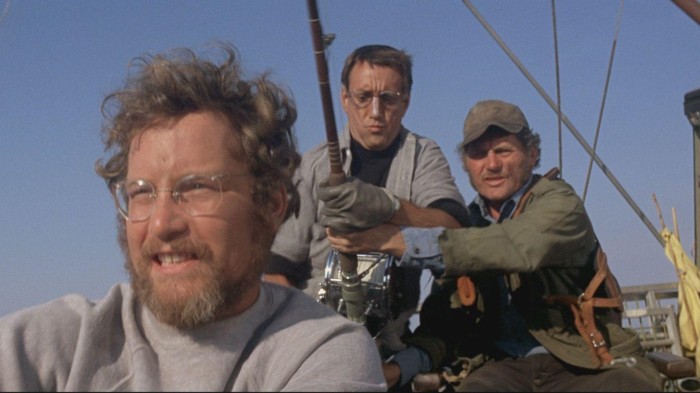 Jaws (1975), starring Roy Scheider, Robert Shaw, Richard Dreyfus and Lorraine Gary is our latest contribution to our list of the 100 greatest films ever made and is championed by regular FILM TALK contributor, Mark Priest.

When a great white shark attacks the swimmers off the New England seaside town of Amity, local sheriff, played by Roy Scheider has to take on the local mayor as well as the shark to keep the residents safe. 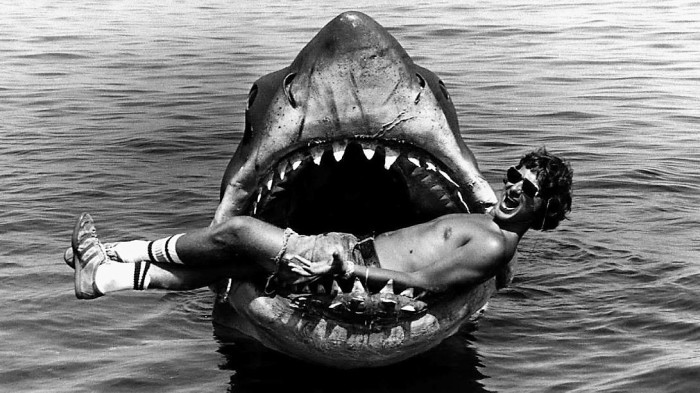 This classic film from 1975 was directed by a young Stephen Spielberg, which despite going significantly over schedule and budget, helped to make his name as an outstanding director. Jaws, based on Peter Benchley’s book, who wrote the screenplay along with Carl Gottlieb, was an astonishing success at the box office around the world and is still a firm favourite with film fans.