Brian Reynolds and Phil Campbell worked as runners at the legendary HAMMER FILMS during the late 1960s and early 1970s, during which time they rubbed shoulders with most of the Hammer stars, production crew and studio executives.

They’ve documented their experiences in their wonderful book, RUNNING SCARED, which chronicles the inside story of life as a runner at the company’s head office in Wardour Street and on-set at the world-famous Elstree Film Studios. The book is packed with anecdotes, photos and memorabilia and is a real slice of film history. 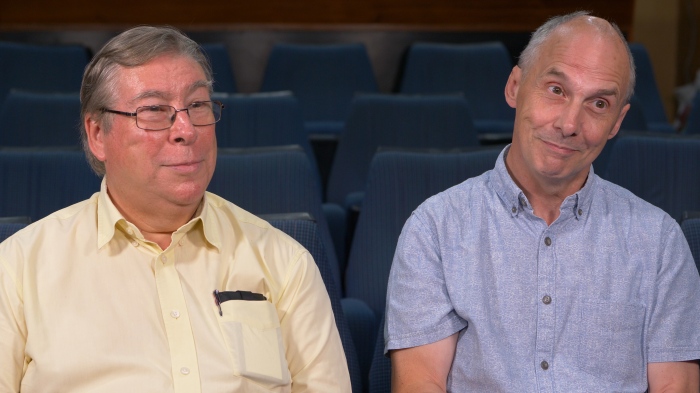 Brian and Phil recently recorded an interview for our up-coming documentary, PETER CUSHING: In His Own Words and kindly agreed to stay behind after the recording to talk a little more about their time at Hammer Films for this week’s PRODUCTION DIARY. They explain just what a runner does, give us even more insights into the stars and filmmakers that they worked with and tell us how their unique book came about.

To find out more about RUNNING SCARED, Brian and Phil, or how to get a copy of the book visit their Facebook page HAMMER RUNNERS.